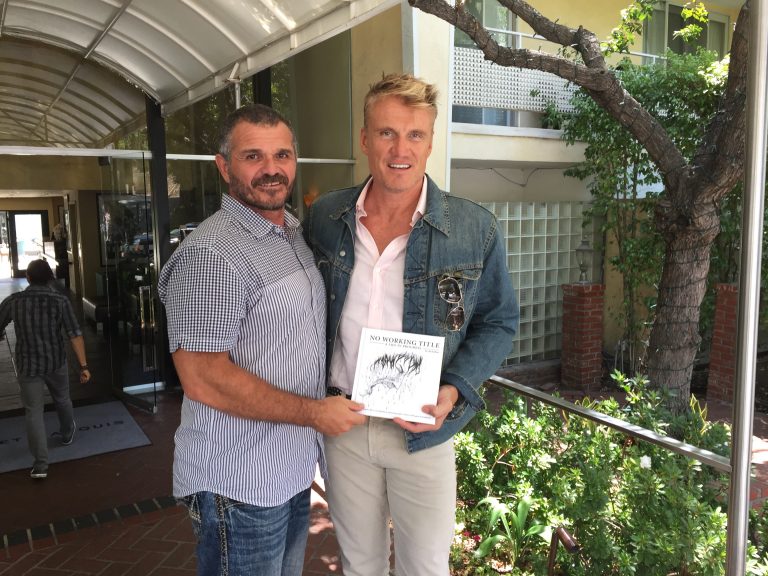 No Working Title Hardcover is released and Dolph Lundgren loved it

Had the privilege to sit with Dolph Lundgren and talk about a topic close to our hearts, stopping human trafficking and sexual abuse.

No Working Title Hardcover is released and Dolph Lundgren loved it!!

Some 12 months ago I was approached by the people at Stopping Traffic Film. They were doing a documentary on sex trafficking and became aware of the book No Working Title, and my work as theAuthor on social media, sharing my own story and discussing the topic of the effects of sexual abuse on boys as they grow into manhood.

Recently, I joined the team from Stopping Traffic Film in shooting one of the final pieces of footage we needed for the documentary. We had the privilege of sitting down with Dolph Lundgren, who has become a very vocal advocate on the issue of sex trafficking after the research he did for his film Skin Trade. He has offered to host a viewing of the documentary in Hollywood, possibly with the cast members from the Expendables in the coming months which is exciting and very generous of him. He is a genuine and passionate man.

I had a chance to give him a copy of my book, No Working Title. He was deeply moved by the content and by my story. He believes that we have to reach out to men to help them recover from abuse, and to get them involved as part of the answer to the problem of sex trafficking.

I will share the teaser trailer with you in the coming weeks, I look forward to hearing your feedback…and thank you for your support and encouragement over the last 8 0r 9 years, we have come far together.

The Past is no longer ours but the future is