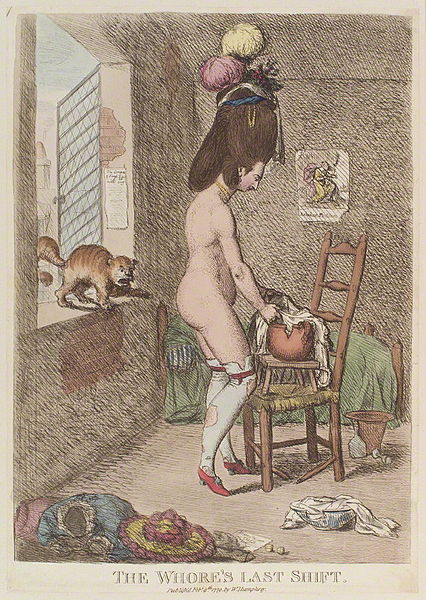 Does Childhood Sex Abuse Lead To Promiscuity Later… Or Is This Only A Myth? by Susan Scutti

Susan Scutti does a great job of looking at this topic. Although she comes short of a conclusive statement, her research and insight are good food for thought.

The Internet, movies, music, and TV all busily churn out messages about love and sex, and so, like it or not, we find ourselves passively consuming many ideas, some old and worn, others gleaming and new, about how we should (or could) relate to others. Among the many sexual memes we’ve all undoubtedly encountered is that childhood abuse leads to adult promiscuity. Is that even true?

“I guess the question has to be taken in the other direction,” Dr. Peter Sacco, author, psychology professor, and former private practitioner, told Medical Daily. “Are all people or the majority of people who are promiscuous — do they have abuse in their backgrounds? The answer in most cases is not necessarily.”

Case closed, you might think, and certainly these figures from the Kinsey Institute, while not addressing promiscuity directly, would suggest casual bedroom behavior is far from uncommon: more than half the 18- to 24-year-old participants in the 2010 national sex survey indicated their most recent sexual escapade was with a casual partner. Hard to imagine all those people were sexually abused in childhood.

Yet, Sacco is quick to add, “There are a lot of individuals who are abused as kids who become sexually promiscuous.” And his opinion is amply supported by various studies, including this one, which found adverse childhood experiences increased the risk of promiscuity (as well as a host of other unhappy experiences) in adulthood. If we take it as truth, though, the likelihood of abuse leading to promiscuity is nearly impossible to calculate. For example, are we talking 20 percent of people who have been abused will later turn to promiscuity or more than half? Once again, the waters are murky, in part, because many crimes committed against children are hidden, according to Sacco. Plus, abuse is all about aggression and individual perception.

He categorizes abuse into four categories: physical, psychological/mental, sexual, and spiritual. “Detaining someone can be a form of physical abuse, for instance,” he explained, “and using religion or religious ideas to control someone can also be abusive. It’s how a child perceives his or her treatment.” So, it may not be sexual abuse that would lead to later promiscuity but some other, possibly more subtle form of abuse, with the exact nature of the experience needing to be factored into the equation.

“If someone was abused in such a way that she was made to feel bad about her sexuality, she may later disown her sexuality entirely,” Sacco said. In other words, instead of promiscuity, a formerly abused woman or man may decide not to get involved in sex at all. “Promiscuity is a conditioned response,” Sacco said, a kind of reflexive, unthinking behavior, but it’s just one among many possible reactions and responses. He notes there’s also a “strong correlation” between abuse and eating disorders, like anorexia nervosa, depression, anxiety, and addiction.

“Men often become alcoholics,” he added, explaining that a person may run through a range of coping mechanisms to ease the painful thoughts and feelings. Ultimately, while any diversion from true intimacy may provide immediate relief, it usually only leads to more suffering unless it heals the root pain.

My Child Was Sexually Abused - What I Wish I Knew Before.