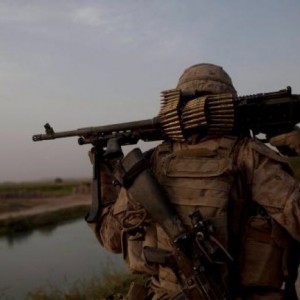 Yesterday I posted the original article when these issues came to light.

Several weeks ago I suggested that child sexual abuse was probably being covered up in the USA government as it was in Europe, in a fashion similar to what we have seen in the Boy Scouts of America.

As this new article points out, the sexual abuse of boys has been allowed to happen for political gain and self interest in the Middle East. I just can’t imagine that the politicians would ever have turned a blind eye on institutional rape and sexual abuse of girls and women in Afghanistan. In fact a 2011 Report by the US Department of State talks of the horrible treatment of women and the mistreatment and abuse of girls and the need to intervene on an international level.  Yet the only statement the report could muster about the systemic and well documented cultural sexual abuse of boys, related to how the taliban recruited boy soldiers and how they where “sometimes sexually abused”. It strikes me that these people seem to believe that these young boys and young men are disposable politician and military collateral.

It will be a great day for the so called ‘equal rights’ when it actually becomes about the rights of ALL HUMANS.

It will be a great day when we see the celebrities, entertainers and politicians throw as much support behind stoping the rape and abuse of boys as they do over something like Bruce Jenner self-mutilation.

Lance Cpl. Gregory Buckley Jr and Sgt. 1st Class Charles Martland where both kicked out of the armed forces for taking a stand on these issues. Where is the public outcry ? Where is the support of their righteous cause?

Thank you, for yet again doing what others are to gutless to do, putting it all on the line for something you believe in, for someone who can’t stand up for themselves.

Gentleman….we stand with you and we stand for you, and thank you for being a voice for those that do not have one.

The Defense Department has responded to mounting allegations that U.S. soldiers were told to ignore Afghan troops abusing children by insisting there was “no such policy” at the time.

But lawmakers and those who served in Afghanistan suggest that the Pentagon is leaning on semantics — and that while there may have been no official policy telling troops to turn a blind eye, they certainly didn’t encourage American soldiers to intervene either. Plus, they say cases where those who did intervene were punished sent a clear message to fellow soldiers.

Once Upon A Time