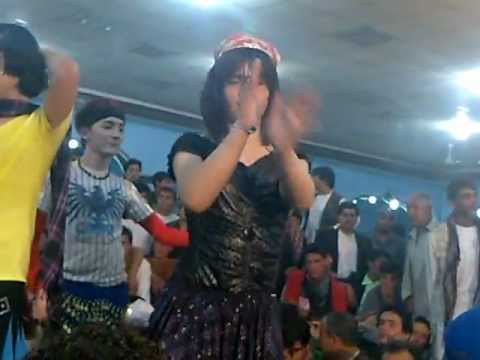 US Government protects Islamic nations sexual abuse of boys and the consequences of their in-action has a profound effect.

Never would they allow the sexual abuse of girls and woman be used as a political and military tool. Yet the Obama administration continues to allow/support/condone the rape, sale, torture of boys.

The mother of a young Afghan boy came to SFC Martland pleading for help.  Her son had been raped by an Afghan commander who was serving on a U.S. military base in Afghanistan.  When SFC Martland and his commanding officer confronted the Afghan Commander , he laughed in their face.  He’s just a boy, he said.  What’s the big deal?

Lance Corporal Gregory Buckley Jr. told his father that from his bed:

“At night we can hear them screaming, but we’re not allowed to do anything about it.”

Sickeningly, it appears that U.S. commanders permit ALP (Afghan Local Police) commanders to bring their “harem” of young children to stay with them on the base.

Beheardproject.com has started a petition to get the issue addressed by congress. They report:

The dachas (young beardless boys between 14-18) are dressed in women’s clothing with bells on their feet and scarves around their faces. The boys are taught to dance seductively and use feminine gestures to attempt to entrance the men watching them during the event. After several hours of dancing, the boys are sometimes bought and sold amongst the men and often used sexually, occasionally by the entire group of men. If a boy is not willing to dance and participate in the activities of the night, he is beaten with a cane. If a boy pleases a man, he is called his “ashna” or beloved and he might have a less traumatic experience. However, less fortunate boys might suffer any number of injuries including, “internal/anal hemorrhaging, rectal prolapse, protrusion of intestines, displaced pelvis bones, throat injuries, heavy internal bleeding, rectal wall tearing,” and non-sexual related physical injuries such as “broken limbs, broken fingers, fractures, broken teeth, savage beatings, strangulation, asphyxiation, and in some cases, death.”

The British military where brutally confronted with the effects of long term sexual abuse on Afghan boys, they lost 5 soldiers because a man called Gulbuddin opened fire on his abuser and the British soldiers protecting him.

Gulbuddin was beaten many times and that’s why he got angry. One day when he was patrolling with British soldiers, he swore he was going to kill [the Afghan officer (ALP)].” Khairullah concludes, “Gulbuddin was a soldier like me, He did not have psychological problems, and he was not a drug addict. He was a disciplined policeman…Gulbuddin was also the victim of a widespread abuse culture. Rape, slavery and torture by superiors, responsible for the protection of those under their care, is one of Afghanistan’s darkest signatures.

Lets get this straight:

We have to start asking ourselves some bigger questions here if we are ever really going to address the issue.

Am I saying Gulbuddin’s actions are justified? No. But some say that Lorena Bobbitt’s or Mary Winkler action’s where justified and need to be understood because they were abused women. What I am suggesting is that we apply the same logic/compassion/reasoning to dealing with the impact and effects of prolonged sexual abuse on boys and men.

Now don’t start with the ‘you hate gays and women’ crap. I am not against anything…I am passionately for something. I am about giving a voice to the millions of men who have been raped and violated as boys and are dealing daily with the issues of a shattered childhood, a massive number of humans that have no voice.

Sex and the Abuse Survivor

Parenting As An Abuse Survivor

Six Lessons For The Leaders of Tomorrow