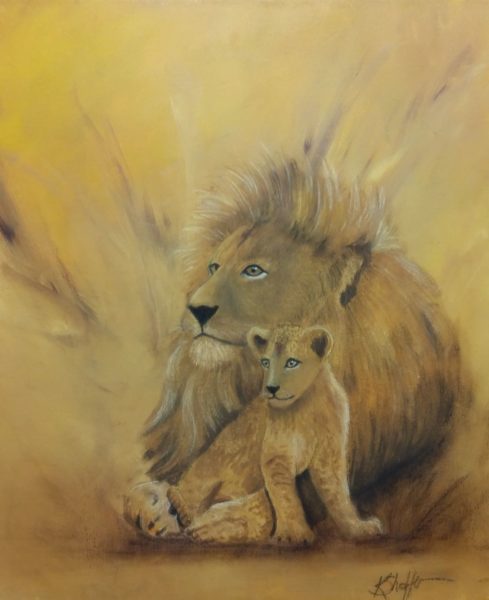 Narcissism and the Prevalence of Abuse

Narcissism is defined as an obsession with oneself, arrogance, self-interest, and extreme selfishness. At its best, it is the personality of a leader, charismatic and charming. At its worst, Psychology Today describes it as “manipulative and easily angered, especially when they don’t receive the attention they consider their birthright”  This story discusses a problem that has become more common and, I believe, has its roots in narcissistic behavior. This is Caroline’s story.

Caroline grew up in a loving home. Her parents were encouraging and she learned to love freely. Her personality shows empathy and a desire to truly understand another person’s feelings. She is what our family calls a “fixer”. She sees other people’s pain and wants to make it better, at least as “better” as she is capable of.

How we look at others

I have always told my children that everyone judges others by themselves. By that, I mean that whatever your personal response to a given situation, you are more likely to attribute that action to another. So Caroline would automatically assume that everyone would want to be loving and giving and would not have selfish motives for the things they do. For a narcissist, she is an ideal target.

Rebecca Webber of Psychology Today states that narcissism may not be as widespread as some may believe. Let’s look at how narcissism might direct someone’s behavior. An average healthy individual needs some sense of “self-worth” as it helps protect us from many things. We want to eat healthy foods, brush our teeth, look nice, and shower. At its fundamental core, these things are all traits of “healthy narcissism”. Having the ability to ask for a raise, stand up for ourselves, and encourage others are also traits of narcissism.

Narcissism at its worst

The self-involved, uncaring individual we have all heard stories about describes the extreme narcissist. Perhaps we have even experienced it in our own lives. Then there are those shady in-betweens. I want to explore the possibility of bullying being rooted in narcissism and if unchecked can lead to the extreme and clinical personality disorder we all deplore.

Bullying as a form of Narcissism

Bullying is on the rise in our country. It is taking shape in younger and younger kids. Online harassment is becoming an epidemic. The story we have heard too many times. The one about the kid who is ganged up on, tormented online, vilified, and harassed. Compromising pictures might be put up, false stories told, their character put into question. We hear of kids who commit suicide because the bullying gets so extreme the person does not see any way to get out from under that torment. Bullying unchecked and under acknowledged becomes the seed for narcissistic personality disorder.

Caroline was a victim of bullying. College is a difficult time for many kids. They leave home for the first time, with little to no supervision, to find friends and activities on their own. Many kids do well, after some adjustment. However, some kids do not fare so well. Caroline was one of those kids. The friends she found encouraged her homesickness. They encouraged her to feel bad about herself and her life. Once accepted into the group, her loving and loyal nature began to kick in. Caroline is one of those fiercely loyal friends. She will go out of her way to help, take care, and support those she calls friends.

When she and her friends would go places, she would offer to pay for the candy bars or soda. It gradually began to escalate and she was paying for everything, makeup, food, movie tickets. Her friends just expected it. They would go to Caroline’s and leave her the mess to clean up. They would eat her food, take what they wanted and never give it another thought.

As someone from the older generation, I don’t remember this being such a prevalent problem when I was in school. We had bullies, but it was most common for them to be ostracized by the majority of students.  They also had to be much more subtle. No one could hide online behind an alias. If you bullied someone, everyone knew. Now it seems that there is less involvement in other people’s lives. Our parents taught us to pay our own way, to respect others, and to clean up after ourselves. It was just something you did, it was expected by everyone.

According to the National Bullying Prevention Center (NBPC) slightly over 20% of kids grades 4-12 report being bullied. They also say that the primary reasons most often reported are looks (55%), body shape (37%) and race (16%). Let’s look at why narcissism might be behind the bullying epidemic and how it could be curbed.

Narcissism is an over inflated view of oneself. Narcissism is a “constant need to have their greatness verified by the world around them.” (Webber) The narcissist will be number one, they need it, they deserve it. The compulsive need to be noticed, to be the center of life drives the true narcissist. When they don’t get verification of their importance they can become depressed and lash out. Sometimes the narcissist will gain that verification by belittling those around them.

Does someone come out of the womb a narcissist? Possibly, but how many more kids become narcissistic adults because there was no one there to check their behavior. How many kids learned this by over indulgent parents who taught their child he was the center of the universe. What about those who are told they aren’t on top because of favoritism or their teacher isn’t competent. What flips the switch differs, but we do know that once flipped that person can become a danger to those around him.

Getting out of the relationship

Caroline found just this group of girls at college. They talked about how hard their lives were. The fact that they didn’t get what they deserved. How nothing went right for them. They didn’t have the friends they wanted, the grades they should get, their teachers hated them. They were happy being in their little group being miserable about their lives and taking advantage of whoever was willing. Caroline has been the willing party. Until one day she wasn’t.

Caroline realized she did not want to be taken advantage of anymore because of her family’s love and understanding. She started saying no to paying for stuff. She told them she was ready to start taking charge of her life and working for what she wanted. In doing so, her actions pointed out to them they were just expecting things to fall into place. They expected life to just be “right” for them because they deserved it. Caroline’s statement made it sound like it was their fault things weren’t going the way they wanted, and that was not a popular statement among her friends.

When Caroline began to stand up for herself the name calling, derision, bad mouthing her to others, and anger all became a part of the reaction she faced. She had to stand her ground. The more she stood up to them, the worse it became. She had lots of hard days. Lots of days she wondered if she could go on. Many days she just wanted to go home, maybe even end it. But her family encouraged her to stand up for herself. They loved her and supported her. Caroline also has a deep faith in God that helped her through. She knew many times that God used the people around her and even her dog to send messages of love and encouragement.

A Problem of Abuse

Though not as dramatic as many of the stories so far, Caroline’s story has importance for us as a society. We need to see bullying as one of the roots of abuse as adults. We need to stand up for those being bullied and abused. An encouraging statistics from the NBPC? 57% of bullying cases among children stop when a peer intervenes. How will our kids know when to stand up for someone being bullied if we don’t model it ourselves? Stand up to the epidemic of bullying, human trafficking, sexual and physical abuse. Speak up against injustice on every level. Speak out for that part of us that is loving, selfless and respectful of others.

We stand at a crossroads.  Let today be the day you get involved. If you feel the desire to become a part of Give Them A Voice, contact them and see how you can get involved. There are many ways, on many levels. Give money directly, buy some of the prints from these stories, help post to social media and share this blog with others.

I would love to hear your comments on this topic. If you are a survivor or just want to encourage Caroline and others like her please post your comments below.

I chose the metaphor based on Caroline’s answers to some of my questions. When I asked what words had been used to describe her, she said “confident, self-aware and a really big heart”. She also mentioned that although she has a bit of the “house cat innocence” she can take care of herself now.

The last thing that made me choose the imagery is Caroline’s faith and reliance on God. She talked about God having a plan for her life, about His looking out for her. It made me think of the Chronicles of Narnia and the obvious reference to Aslan being a Christ figure. It made me think of how male lions are very involved in the raising of the cubs and can be very patient and protective of their cubs. I felt that Aslan was a perfect representation of Caroline’s journey. The lion in the painting represents both her faith and her family supporting, guiding and protecting while also allowing her to grow and become strong.

Please leave your comments below and sign up for the newsletter to get updates on the latest stories.

How child sexual abuse is tackled around the world.

HOW TO GROOM SOMEONE FOR HUMAN TRAFFICKING.

Better Than You Imagined