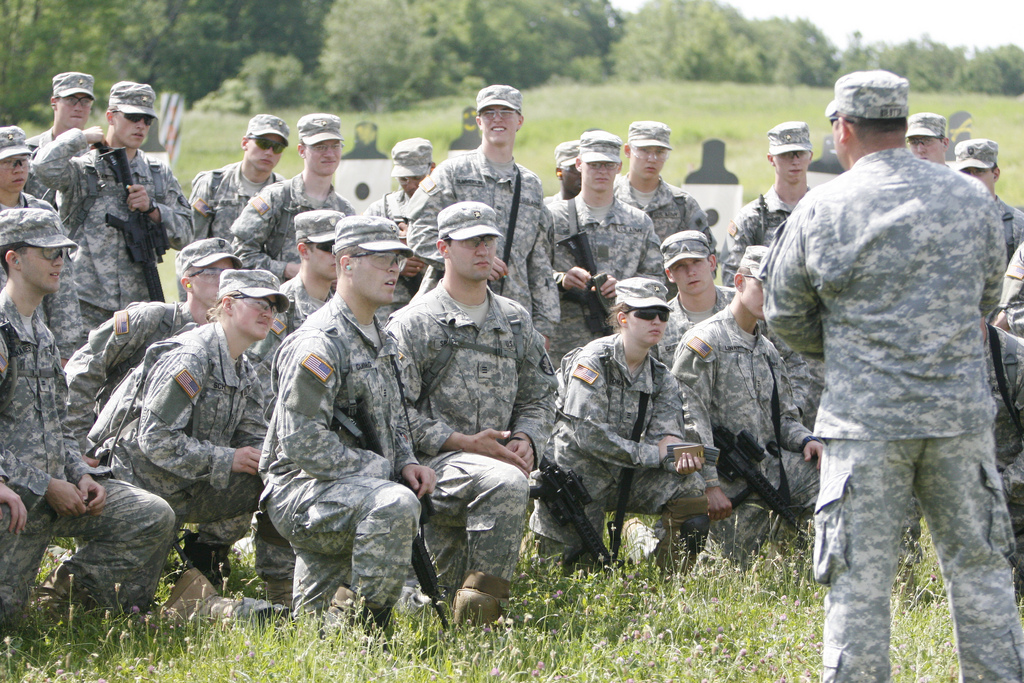 Capt. Nicholas Bilotta, an instructor from the Department of Military Instruction, goes over range safety and marksmanship lessons with cadets from 3rd Company. Cadets conducted marksmanship training at the range June 5 during the Cadet Leadership Development Training exercise. Cadet Zachary Taylor, 3rd Co. commander, said it was a good opportunity for the cadets to re-familiarize themselves with weapons training, and for many of them, it was their first time shooting with the M-4 automatic rifle. Photo by Mike Strasser, West Point Public Affairs

Mike Denny writes a great article entitled Four Key Leadership Lessons A Veteran Learned After Leaving The Military. I have summarized the article below. Please check out the full article, it is worth your time. Great job, Mike.

The civilian workforce taught me a lot about both myself and those I am meant to lead. I did not transition from active duty in the most well-thought-out manner.

I returned from deployment and signed out on terminal leave just 60 days later.

On the day I drove away from Fort Polk (hopefully forever), I received a call from a manufacturing company offering me a job as an operations supervisor.

I immediately took it, so I didn’t have to return to my in-laws as an unemployed dead beat son-in-law who threw away his promising active-duty career. Thirty days later with a beard and 10 pounds of post-deployment beer belly, I began my career as a civilian.

Within my first 60 days, I started to have issues. I was a hot-shot combat veteran with loads of management experience and these unwashed masses of lowly underlings were going to learn the right way to do things.

I was heading down a road to ruin and was pulled aside by a manager who was also an Army veteran. He sat down and told me a story.

In this story, he spoke of how to communicate, where other managers get it wrong, and how to prevent a trip out the door. In spite of my glowing evaluations and deployment commendations, I was a slightly toxic leader in the military, but certainly in the civilian world, even in the rough and tumble world of heavy equipment manufacturing.

In the civilian workforce, I learned the same things many new leaders learn from soldiers — that employees bring complex capabilities, knowledge, and abilities for organizational success if you properly tap into these abilities and leverage them to complete the mission.

To a certain degree at the tactical level, toxicity on active duty is allowable if you get things done, complete missions, and support your bosses’ intents. I was certainly not a very empathetic company-grade officer on or off the battlefield. Anger and rage were acceptable means of overcoming barriers to success and completing missions.

The stresses of combat often elicited a Dr. Jekyll/Mr. Hyde from many officers I served with. I had good mentors along the way who assisted in channeling passion for success and create a better leader, but the means of dealing with conflict with subordinates or peers still resorted to the shotgun blast method learned from others in the military.

One of the frictions I had as a manager was the near dependence of over 50 employees on me to sign off on any decision they needed, which required me to run ragged around the building. I wasn’t sure how to fix it, and didn’t know how to change the habits of employees who worked for the same organization longer than I had been alive. For the first time in my professional career, I wasn’t doing well at this management skill and needed to self reflect.

Read the full article and the full Four Steps Here.

29 Leadership Qualities you Should Have Before Hitting your Thirties

Sex is a conversation, are you saying something new?

Shia LaBeouf Was 'Raped'? You Must Be Kidding...